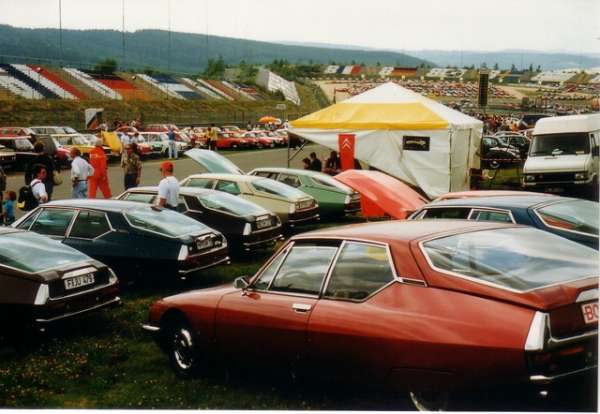 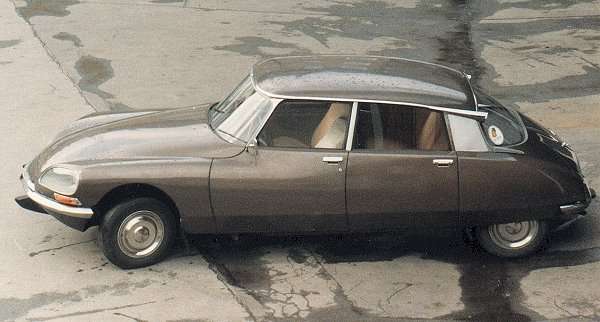 Once upon a time.
I had a CX once.

The spheres packed up, then it broke all the LHM lines hopping along the road. In the end it put a rod through the side of the engine.

ALL broadcast TV horse races are broadcast from a LHM (green powered) monster, even today. Did you know that?

I hate the smell of LHM, even my Jaguar has it. 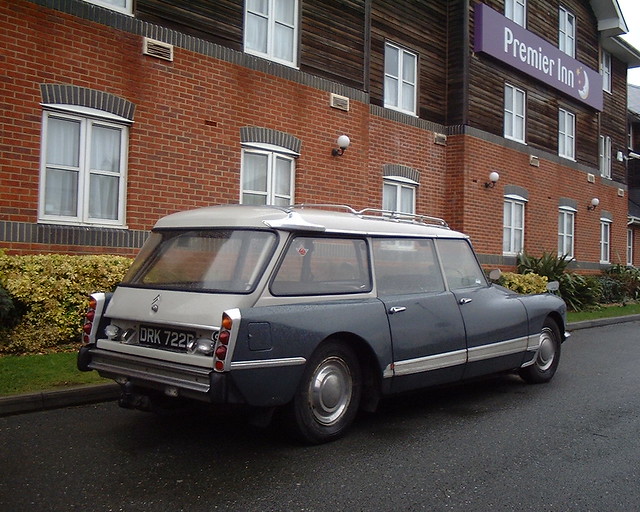 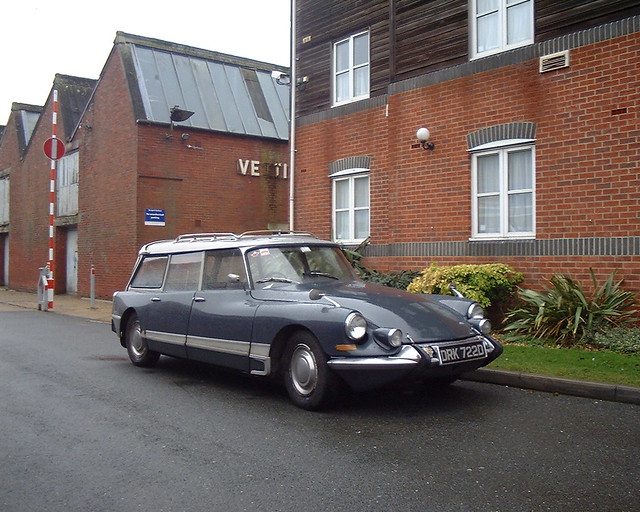 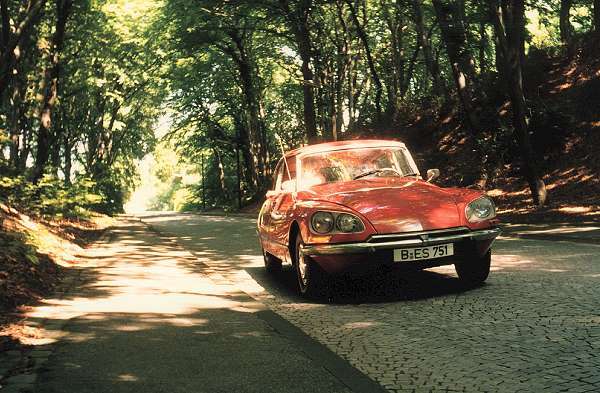 This HORRIBLE thirsty V6 hemi Merak motor, is not even very powerful as "official figure of 185PS is extremely optimistic.

See it was designed and built by nutcases at full moon!!!!

""All the old school (though beefed up) French hydropneumatic sphere stuff is attached to the Italian heart by a single spinning shaft. Think of it as a simulacra version of the La Provencale hitting the Autostrada dei Fiori just east of Nice.

The oil pump drive shaft commonly falls into the crank and runs on a small area of its splines thus wearing rapidly.”
These are two different oil pumps. The brass-colored (cadmium-plated) shaft drives the hydraulic system pump that operates the suspension, steering and brakes is what you seen in the pic. This shaft is driven by the engine intermediate shaft, which turns the coolant ("water") pump, the distributor, and drives the upper chains that turn the cams.

The shaft that is driven by the crankshaft is the engine oil pump drive shaft. A spacer was added to prevent the shaft from sliding too far into the crankshaft timing pinion. Later the shaft was lengthened, eliminating the spacer, the splines were lengthened for full engagement, and the waist of the shaft was enlarged to give it more strength.

The 1966 D got a new engine and transaxle, revised brakes, and replaced the 400 mm wheels with hex hubs with almost-conventional 5 stud 15" wheels. In 1968 it got recontoured front fenders with glass over the lights, and four headlights: two large lights and two smaller long range driving lights.

These were all connected to the suspension for self-leveling and the driving lights swiveled with the steering. These systems were operated with Bowden cables (like bicycle brake and gear cables) (illegal in the USA).
The SM was mostly a D under the skin but with the Maserati V6 and DIRAVI steering. The 5 speed transaxle was developed for the DSuper 5 and the DS 21, the 5 speed in turn based on the 1966 4 speed transaxle. The Borg-Warner T35 automatic was developed for the DS21/23 and the SM.

dont´t be so harsh with the SM,

Of course, the engine has had its issues....

However, most Problems have been resolved, the original Reynolds timimg chains can be replaced by better ones, the chain tensioners had been redesigned. As well a longer pump shaft for the oil pump is availiable.

With proper maintenance the engine is quite reliable, a lot of its bad reputation was earned by citroen services not able to deal with the somewhat delicate Maserati Engine instead of simple citroen 4 Cylinders.

So I´m speaking out of my personal experience, since i own and drive that car now for about 5 years. And yes, it´s not made for the racetrack, its a Gran Tourismo suitable to cover long distances in a comfotable way at high speed. And this it really does.

batcave hat geschrieben: Problems have been resolved, the original Reynolds timimg chains can be replaced by better ones, the chain tensioners had been redesigned.

With proper maintenance the engine is quite reliable,

The timing chains are still STUPID single row ones.... the main and massive weakness of the engine is still that STUPID cast jack shaft through the middle of the engine made out of CAST IRON of all things...

Maserati engines (apart from the Bi turbo, which also wasn't great!) are known for being weak and poorly designed including the latest production units today.

The latest suffer from severe cam journal overheating, which scraps the LH cylinder head.
The dealer in Moscow got so desperate with them, he resorted to stripping heads off new models to keep the warranty problems at bay.

They sold more Bentley in Moscow than in the whole of the rest of Europe, and Maserati are common as Mercedes nowadays.

How this company survived I never understood.

It also makes far better torque than the V6 "Maser---f. ck..r", and doesn't break down all the time.

You are probably right that there are a lot of contemporary engines with less problems than the Maserati C114, wich will need definitely less maintenance.

However, as for my engine I´m still happy with it.

The even today unsurpassed feature of the SM is the suspension. It´s definitely the only car I know able to pass speed bumps without reducing speed and you will barely notice it. It´s definiely useful to lure conventionally suspended cars into the abyss. otherwise it has almost all comfort features commonplace in nowadays cars.

As you know, for the simple pleasures of driving and maintanance I still got and kept the TR6 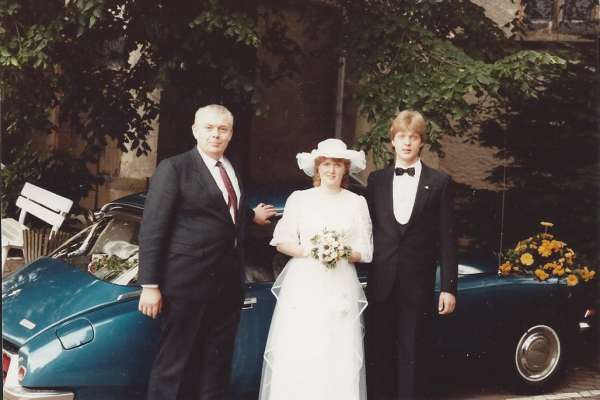